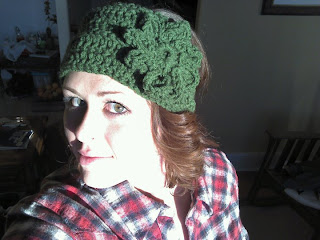 I had been trying to figure out how to make one of those flowered headbands for a while. Had a couple ideas.... tried them out.... didn't work. Luckily my bff Jaimee figured it out and shared her secrets so here is my new creation.
I also figured out how to make this awesome double decker flower. I put it on one of my boarder type beanies I made a few weeks ago. 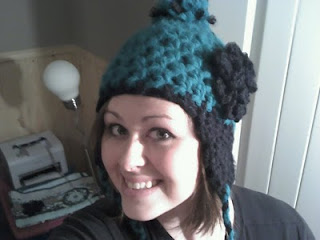 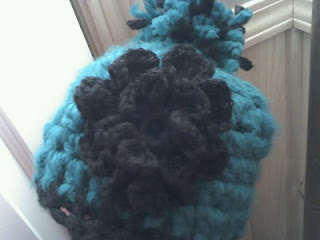 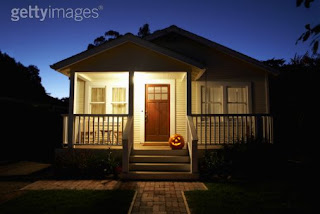 Occasionally, the spark is obvious: Before appetizers you both realize you planned this date in the pre-existence. At the doorstep you say you had fun and plan to do it again. Your conversation (or whatever) continues after you reach the door.

When the opposite happens (you both wish you'd been home alone watching "Antique Roadshow"), the scene is quite different. You part mid-sidewalk, and she fumbles for her keys while he hustles to the car. You're both relieved once separated by a locked door.

Unfortunately, feelings aren't always so obviously mutual: Maybe you played it too cool and gave him the wrong vibe; or you just wanted to get to know her, but now she's looking at rings. That's why the doorstep is crucial. Even when you're not sure how your date feels, the doorstep is the moment to clarify your intentions.

You: "That was fun. Let's do it again sometime."

Your date responds offhandedly, "It was fun. Thanks." A quick hug, and goodbye.

Your date seemed to enjoy your company. What the mixed-signal just happened?!?

Tough call. Either she was deflecting your advances, or it was a glitch. Due to a combination of nerves and temporary insanity, I've personally botched many would-be romantic scenes when I was totally into the boy. Unless her roommate's giving you inside information, you'll have to assess the situation based on your next encounter.
Now, the opposite scenario. Your date was charmed by your company; you were charmed by the movie (all 125conversation-free minutes). The scene goes like this:

Ahem. Wasn't that a tad dishonest? You did not "really have fun." You faked a nose bleed during dinner and claimed it took a half hour to stop (just biding time in the bathroom).

When you give this kind of mixed signal, you've no right to be surprised when your date wants to go out again. Unless you're hoping to spend another evening hiding in a public bathroom, try being a touch clearer. Obviously you won't say, "I'll have a cerebral aneurysm if I hear another story about your cat's diarrhea. So, let's not do it again." But, you can gracefully decline with, "It was nice getting to know you. Thanks again." Your hint may be lost on someone who spends that much time with a cat. But you tried.

Despite promising to nix the physical, I must say this: Unless your face, neck and upper arms are infected with a contagious parasite, shaking hands to end a date says at least one of the following: 1. I returned from my mission a week ago and need at least a month to develop enough social skills to be alone with a member of the opposite sex without making us both uncomfortable 40 percent of the time; 2. I find you so repulsive that I'm willing to make physical contact with only the 6-square-inch surface of my right hand, which I'll now go inside to sanitize and ex-foliate; or, at least, 3. Don't call.

If this isn't what you're after, consider a hug. (In case of the aforementioned parasite, please see a dermatologist before putting anyone else at risk. They have balms for these things.)

Julia Shumway, 26, grew up in a "Wonder Years-like bliss" in Centerville, Utah, and served a mission. She graduated from BYU and now works for state government. She says she'll focus her blog on dating things that generally apply to everyone.
Posted by Mjoy63 at 8:22 PM No comments: 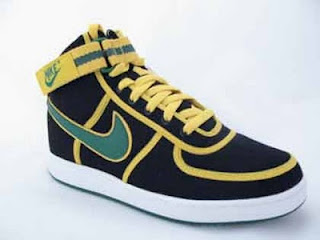 So I was having trouble sleeping last night and while my mind was going and going and going while my body begged it to stop running I had the funniest thought (or maybe it's only funny at 1am). If the kind of shoes a guy wears say a lot about him.... those kicks need to speak up because i'm not hearing much. But really.... so what? Other than giving you some hint at the overall dress style (or lack of) what do a guys shoes really say about him?


I did a little bit of 'research' online and found some stupid answers:

-Cheap old ratty shoes = thrifty... or gross and lazy..... or athletic
and laid back. And yet another site said this dude has no respect for himself or you.

- Alligator loafers (i guess that means leather with a square toe?) run away, treat man like an actual alligator... mm k? I guess that's the type of guy for Steve Irwin. 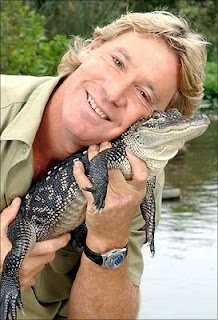 - One site hailed flip flops as the catch all shoe but I absolutely disagree! Hairy toes anyone? Nah.

- Designer prada loafers; this man supposedly collects women like he collects name brand objects. Good thing I wouldn't know these shoes if I saw them.

So.... what of it? I don't care a whole lot. I mean, I DO actually notice a guys shoes. And I like when I like them. But it isn't something that changes the overall attractiveness of the individual or tells me what kind of person they are aside from how they act.

I'm probably not into the guy in designer alligator skin loafers... or cowboy boots. I don't mind ratty sneakers. They say comfort, practicality and thriftiness to me. But when it comes down to it... who cares? I like guys and a guy caring that much about how his shoes look is a bit feminine. And please, don't shave your toes if you choose to wear flip flops.