I know you thought you were rid of me but here I am back again!  Seems like the longer I stay away the harder it is to write a post because of how much I feel I need to explain and catch up on. So lets just dive right in.

Some of you saw me set some great goals for around christmas! And talk about how I wanted to get some weight off before we tried for another baby. Here's where I feel the need to explain--

We attended my second brother Jacob's wedding this August. (Btw doing a diet bet while traveling across country to my "home" really didn't work out!)   It was around that time that I realized that if we wanted our kids to be only two years apart (or so) we'd have to start trying again like, yesterday.  Ok maybe not yesterday but soon. I was frustrated by this thought because I hadn't REALLY gotten any closer to my goals and was still struggling with the loss of our last pregnancy.  But, I also wanted to have another baby to hold and wondered… how long can I hold of keeping our covenants because I haven't been as healthy as I should be? Hmm…. So we go to the wedding, and the sealing was really beautiful. I was a bawling mess. And it was then, during their sealing that I was reminded of that very thing, my commitment to have children. So we talked about it after and decided we would start trying again.

Fast forward a month or so, it hadn't taken and although I was disappointed I also was confused and angry- with myself. Were we really supposed to try again right now? My weight is a real problem… should I wait until i'm healthier and can be the mom I want to be? I didn't want to resent being pregnant because of the weight problems and not being able to "fix" them or them getting worse. So I was super confused and upset and basically demanded that Danny gain some spiritual insight for both of us because I was too muddled with my own issues to hear what God wanted for US. (Cause that works right? Demanding others get revelation FOR you?) At first he took a kind of "well, your body however you feel i'm ok with" approach, this made me angry. I really needed help. So after a long long pause and him pondering and listening he said,

"I think we should have a baby."

The spirit hit me so strong with the TRUTHFULNESS of that statement.  It WAS time.  It was really cool to get that confirmation. With our other two pregnancies we just kind of thought and prayed, felt generally good and moved forward. I'm not sure why the timing with this one is important but I guess we will find out! From the time we got our answer though until I was actually pregnant I felt this little spirit pressing on me like "Hey, hey i'm ready now. Come on guys I want to come now it's my turn!" That was so strange! It was to the point that sometimes I "thought" I was already pregnant haha. Just because the confirmation and feelings I was having were so strong. I think I needed that confirmation before we were going to be able to conceive again.

A month later sure enough aunt flo never came and that little line showed up! It was pretty neat how well I understood my body this time and timing. I tracked my ovulation and wrote a lot of details in my fertility tracking app. 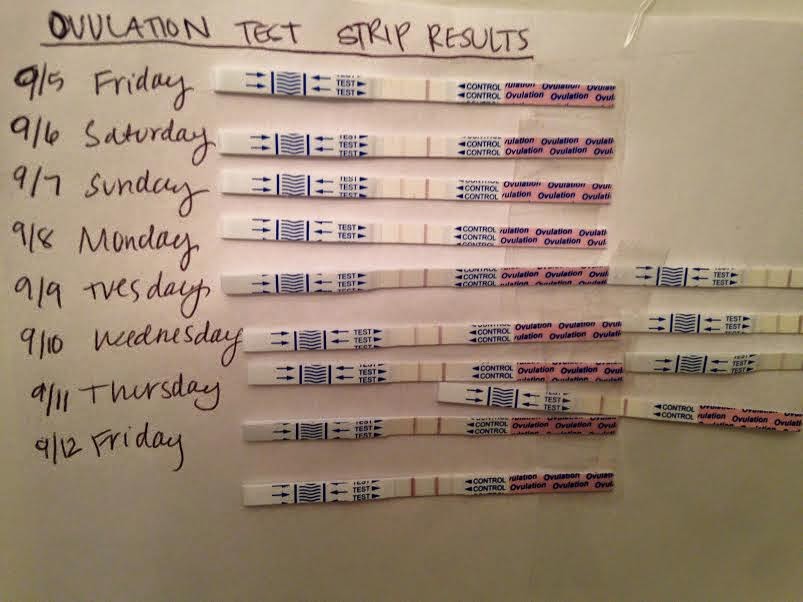 Funny little FYI I got a positive on a cheap at home pregnancy test strip from china before the detected it at the doctors office. I was reading reviews on them on Amazon because I had doubts about their accuracy and read that a lot of women had to wait quite a while before positive showed up on the strip. So I rant to the garbage can and sure enough there was a positive line on the strip. I was so excited I baked up a little surprise pregnancy announcement for when Danny came home. :)  He was a little bet skeptical though until there was more "evidence". Like the blood test. He didn't really trust those cheap china tests much either. 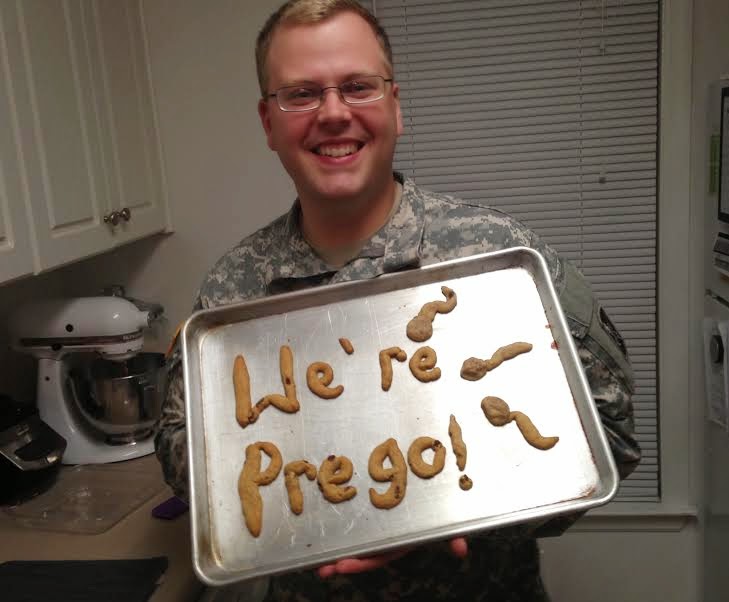 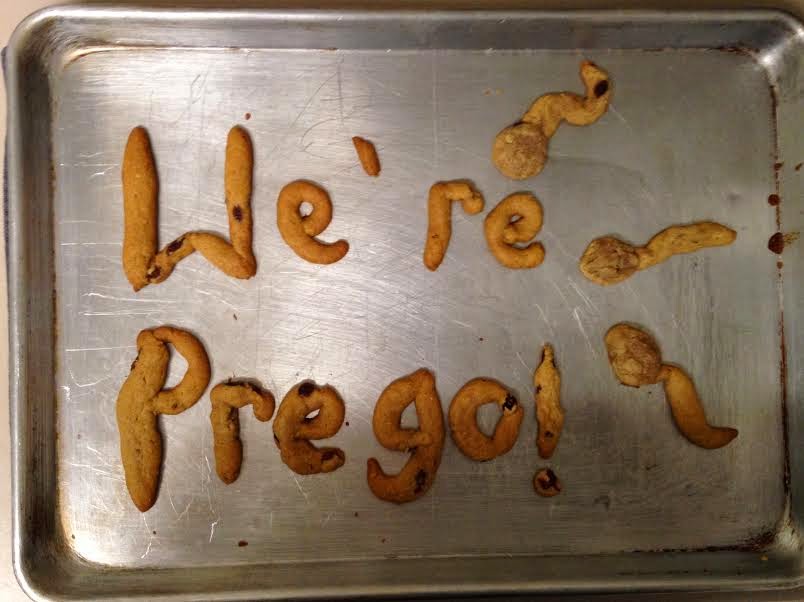 This pregnancy has a been a LOT harder. The first trimester especially. With Rowan it was an all  the time yuck made tolerable by Zofran. Of course if  I didn't take the zofran though I would vomit repeatedly. With this one the Zofran has stopped the vomiting most of the time but the feeling like i'm going to, the nausea if I get up, bend over or move at all hasn't gone away. So I just feel miserably sick all the time. It has eased up a little around 16 weeks but still comes and goes some days. Moving from GA in the middle of that was SO hard. Not just on me but on Danny. He had to do everything and I was just laying on a mattress in our new house crying. 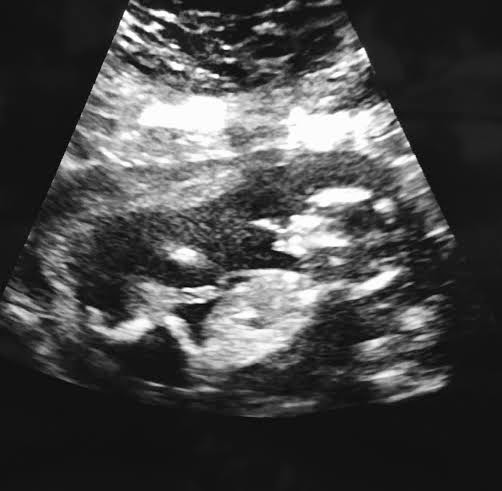 We haven't been able to get proper prenatal care with this baby either. We had a few early appointments in Augusta before we moved because we were on tricare. But, after moving we were still technically in the army for about a month and it took another while to get insurance and THEN no one would see me. Because I am high risk I kept getting sent away! All I wanted was to see that our baby was still ok. Especially after what happened last time. I finally got an appointment with a High risk doctor… sort of. He wouldn't see me AS high risk unless i'd be referred. But no one would see me to refer me. So I just asked for a regular OB appointment and THEN they can decide i'm high risk for themselves! GEEZE. Isn't it ironic that if you have medical issues that would make your pregnancy a risk to you and or baby that its actually harder to get checked? What a messed up world. I still haven't seen that doctor though. I couldn't get in until the last day of December.  So after I scheduled that appointment and realized it would have been 10 weeks since we'd had our baby checked I called a midwife clinic and begged them to just see me to make sure the baby was ok. She wouldn't see me either BUT she DID schedule an US for me. So we got to go see the baby!!!! YAY!  The tech measured us at 16 weeks and moved our due date up just a couple of days to June 4.