Hey friends and family! Its almost two weeks from the big day! I have been thinking I should write our story because so many have been asking. And lurking... and afraid to ask... lol and then there are those of you I rarely speak to but ask me if i'm going to marry the guy when I run into you at he grocery store after dating him for a month! :D No joke! "Hey Megan how are you?" I'm good thanks how are you? "Doing great! I saw on facebook you were dating somebody, you going to marry him?" ........ ?...........Well, I said yes so there! lol Here we go! 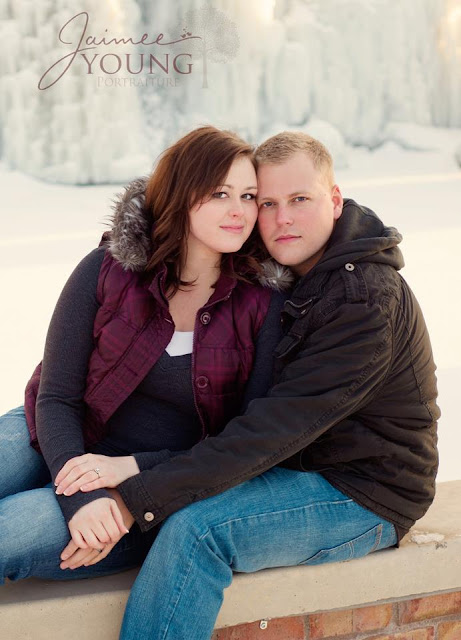 My branch president said there were only three ways out of the singles
ward.
1. Death
2. Moving
3. Marriage
It scared me. I had thought about moving. I didn't want to think about dieing and after looking around the room and realizing that after graduating from BYUI my dating pool was limited to this room... I signed up for an online dating site. (No offense Bonnevile branch, you're all great people :) ) The nine months I was on 4 different sites before I met Danny is a different story.

I met Danny on LDS planet in August of 2011. Danny is in the army and was in AIT training on an Air Force base in TX. By this time I had decided a few things about online dating; first no dating people more than three hours away. Second I would not date anyone in the military. Third, no mission don't bother. (Note, although ignorant as these may seem I had tried every one and not had good experiences.) 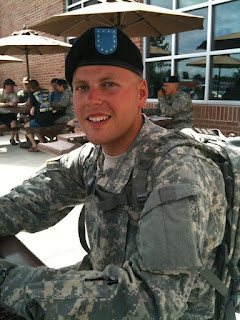 I saw Danny's picture and profile featured in the side box. He looked cute, I clicked it, read his profile and did nothing. (I had decided that just like face to face dating I would leave the work to the real men.) He saw I had looked at his profile and sent me a message asking me how I was doing. I responded, he was away from his computer and apologized then said he would text me if I was ok with that and asked for my number. I was impressed that he'd asked for it instead of just giving it to me and leaving that part to the girl. It seemed pretty fast to share that kind of information and I was generally very cautious about handing my number out but for some reason this time I gave it to him.

He started texting me that Friday, August 5. We had a lot of fun talking back and forth and skyped for the first time on Sunday. From then on whoever woke up first texted the other. He was very charming and I waited a long time for the catch. But he kept texting me. He kept being kind and sweet and the only catch there was was he, himself. He could tell I didn't trust guys very easily and was patient with me. We would skype as soon as he got out of class and I got off work for a couple of hours every day and even more on the weekends. It seemed balanced and we really enjoyed one another's company. I am going to tell you right now that the biggest benefit to online dating is the opportunity it gives you, if you're both open an honest, to building something based solely on communication. All physical aspects other than that persons face on the camera are removed and you have a real opportunity to explore another persons mind and discover how they think. Having said that- real relationships require more than talk alone. :)

We were exclusive but both thought it would be weird to consider ourselves as a boyfriend girlfriend thing. But, soon after we realized that the feelings were there and that we loved each other. We had planned on meeting when he was done with his training but decided we needed to see one another sooner.

Danny got me a ticket and little Megan from Idaho who went to college 12 miles away from her mommies house went to meet a stranger... on an Air Force base... by herself... in Texas. A lot of people have asked how my parents felt about this. I had told them enough about him and things he had said that they were comfortable with it and trusted me and my judgement.

I flew to Texas to meet him in the middle of October. I had never even flown by myself! Let alone across the country to meet a man I was in love with! I had to catch three different planes to get there starting in SLC. (Thanks again Nicole for taking me to the airport and breaking into your grandma's house so we would have a place to sleep lol!) That was the most nerve wracking experience of my life! I was so excited and nervous and I had stranger after stranger come talk to me at different airports. On my last flight to San Angelo I sat next to an elderly woman who could have been my Grandmother's sister they looked so alike. It was comforting and she kept reassuring me that I was glowing and that he would adore me. She was just as as excited as I was by the time I landed. By then I had been so scared out of my mind that I didn't care anymore! Just get me off of this plane!

The San Angelo airport is really small. I came off the flight and after taking some deep breaths and giving myself a pep talk in the bathroom I went down the escalator. I saw him first waiting at the bottom. He smiled and I ran up and hugged him, walking right in front of the old lady from the plane.. I still don't know if she saw, but I hope so. :) 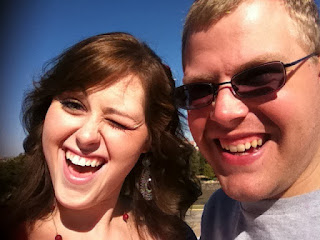 We met at the airport and walked out holding hands.

That trip went really well. Better than either of us had ever imagined! It was all there. He was just as cute and funny and sweet in person as he'd ever been over the net. He held my hand and walked me around base telling me how cute I was every five seconds lol! Our first kiss was that night in the middle of a lamp lit street on base. It was a great trip and probably the most expensive date either of us had ever been on lol but he always let me know it was worth it. I got there Friday night and left Monday morning. 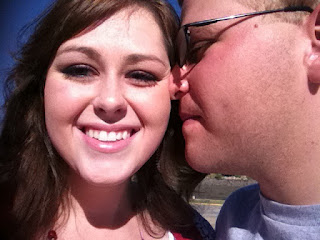 We met again in November in Florida after he'd finished his training. It was fantastic! We went to the beach and had more time together. We talked about how 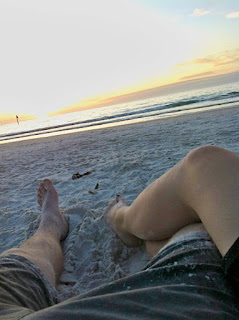 we'd feel ok being engaged at this point while we sat in the sand and watched the sun set. 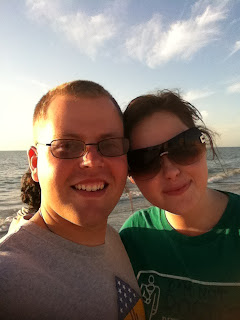 Danny came to visit me in Idaho for Christmas a month later. We got to see each other for
almost ten days. The family loved him and we enjoyed spending the holidays together. Danny
proposed on Christmas Day :). Her wrapped the ring box in layers and layers of wrapping paper.
When I got to the end and found an empty box he was kneeling beside me and asked me to
marry him! I said yes :)

We are getting married on March 17, 2012. If any of you are honestly questioning our sanity ,
don't worry. We would be questioning yours too. :) It happens lol, people fall in love. That's 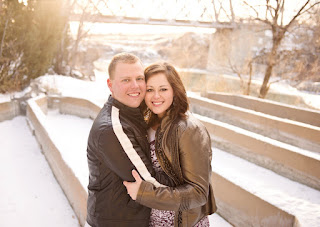