Hey everyone! I know a lot of you, well, some of you had said they wanted me to keep updating the blog on how my fitness journey with the 21 Day fix was going. I'm proud to say it's still GOING!

After I wrote my last post about phase two I totally took my foot off the gas. I got satisfied for a second because I was seeing results. So for my second round I did one week on, one week off (and gained what I'd lost during week one) and then one week on (where I lost it again.) Boo. It was kind of a bust! I was so frustrated with myself.   It kinda made me wake up though and realize I'm not interested in quitting and that I'm setting out to make this my lifestyle! I had a pretty long break between my second and third rounds and I was really nervous about that.  I decided I'd just keep on and maintain my weight until the next round. And I DID! I even ended it one pound lighter. During that little break was when I really let it sink in and showed that I wanted this to be a lifestyle change. The only thing I didn't do so well on was keeping up my exercise.

Round 3 started October 5th. I have been totally pumped this round. And at the same time.. guys, I'm SO TIRED of being fat! I'm stuck somewhere between totally frustrated with my body and absolutely determined and motivated to KILL this round. This time I grocery shopped and meal prepped like a crazy person. IT. HAS. BEEN. AMAZING. AMAZEBALLLLLS! (who made that up? Oh wait, Perez Hilton, I actually know, how sad is that?!)  Seriously though it has been so great! I don't have to wonder what I'm gonna eat and I don't have to cook dinner every night its awesome!  I made breakfast mini egg muffins or quiches, whichever you prefer to call them.  My mom has a great recipe for delicious mini quiches, I wanted something like that but all of the recipes I found online that were 21 Day fix approved didn't have much to them except eggs and veggies. So I patterned mine after my moms with healthy substitutions. They turned out great and have been perfect for Danny to just heat up before heading out for the day. I also did tons of black beans in the crock pot, cilantro lime rice, salsa chicken in the crock pot, 50 turkey meatballs, and cut up veggies salads and froze cut up fruit. I have made a grain and veggie here and there to go with meatballs but that's about all I've had to do.

Oh. I'm all gluten free now. Gluten free, dairy free, fried food free, sugar free... trying to stay away from corn or red meats too. And I think I'm going to cut out fruit until I have the weight off. Being pre-diabetic and knowing how fruit just turns to glucose I'd rather just get the weight off and worry about fruit later.  And so far as dairy I do still have greek yogurt and low fat cheese in moderation. Just no cows milk.. or fatty cheeses or sugary yogurts.

I've struggled to control my blood sugar lately and It's really getting to me. I'm starting to feel like this phase of my life, when it comes to my health is at cross road. I really want to get things in check. I have too many health problems that interfere with living my life on a daily basis. I just want to live damnit. I really need to take care of what I can control right NOW. I hope I can do this. My motto this round is "Diet like your life depends on it, because in many ways it does." Another one i'm really digging is "If you don't want to have to start over stop quitting." I've thought a lot during this round of what it would be like to reach my fitness goals. Of how that would feel. In truth I suppose during the first and second rounds I hadn't given it much thought because I didn't know if I could do this. But after seeing before and after pictures of SO MANY people who have lost so much weight i'm just like, hey, if they can do this I  can too! I've done plenty of hard things and I can do this. 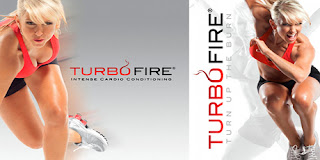 For workouts I have been trying out a few other programs on beach body on demand. I did CIZE and TURBOFIRE. Both were fun, both killed me. I did the Turbofire today actually! Today was leg day and I seriously hate it so I do something else rather than avoiding exercise all together on leg day haha. It was crazy hard. But I am stronger than I think and it felt SO GOOD to finish it! I haven't felt that way in a long long time and it was really awesome.

I really like shakeology but we just cannot afford it. I've been dong lots of research on protein shakes and saw others suggested Vega One as a replacement for shako. It's not cheap but it's more of a reasonable price. It's all plant based, gluten free, no GMO, full of superfoods and antioxidents and probiotics.. it actually has less sodium and sugar and more protein than shakeology. It's just too bad I hate how it tastes.. ha, I've only tried vanila chai though and i'm hoping when I try chocolate I will find it more palatable.

Well there's my update! If any of you are considering joining us on this journey please do! That would be awesome! Plus, why not? Why not be your best self? xoxo