The Past Two Weeks 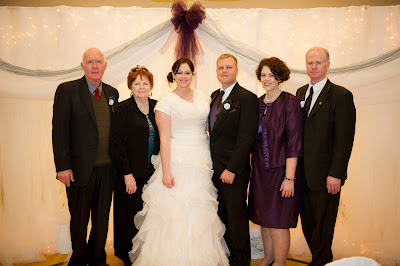 One week ago today my Grandmother Shipton passed away. (July 31, 2012)  She had battled 3 different bouts of cancer as well as diabetes for the past 18 years.  She suffered stage 4 lymphoma, diabetes and congestive heart failure at the time of her passing.  I received the call about 5 days before her passing that she would probably not make it another week due to the congestive heart failure. I was not able to see her in her final moments which is probably a blessing for what she suffered.  She knew her role in this life and I cannot but recall the words of The Family a Proclamation to The World on a mothers duties "Mothers are primarily responsible for the nurture of their children".  I had the opportunity to live with my Grandparents in Vernal Utah on a couple of my off tracks from BYUI.  She will be greatly missed.  I was able to attended her funeral this last Saturday, August 4th.

On the day I found out my grandma would soon pass I started looking at plane tickets as soon as I got home.  Danny got home from work shortly after.  I went into the bedroom and was crying about grandma when he said "So.. I got an email today..."  I looked at him but couldn't see his face! My glasses were off because I was crying.  Then- he told me he was on the list to deploy at the beginning of the year.  I never imagined reacting as I did, I was already really upset about my grandmother.  Not being able to see his face when he told me the news still bothers me.  Anyway, I am not sure what i'll do yet.  We don't have many details at this time.  What we do "know" is Feb- March, 6-7 months, most likely Afganistan.  Errrrr sigh. Anyway that's what's been going down.  I started my new job Monday and had just come home on a red eye flight Sunday.  Stressed yet?
Posted by Mjoy63 at 6:08 PM No comments: