When I found out Danny was deploying I started photographing the "little" things that show our life together, (I'm sentimental) with him in the army. I will be adding to this post as we go.


December- Private Teddy, or first purchase for the baby. 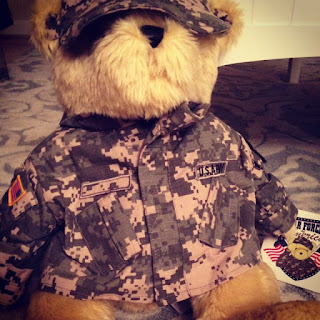 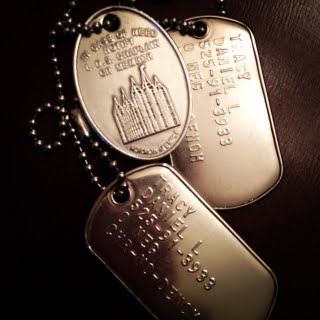 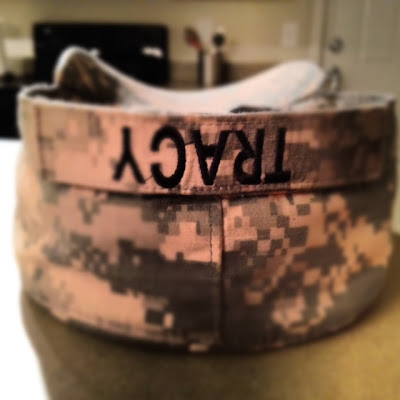 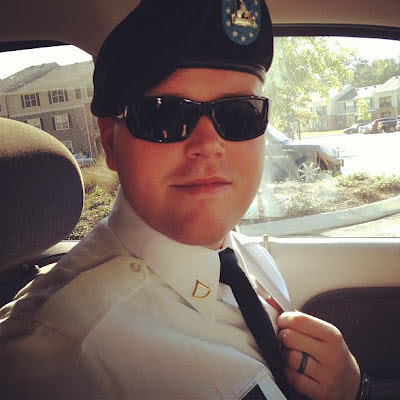 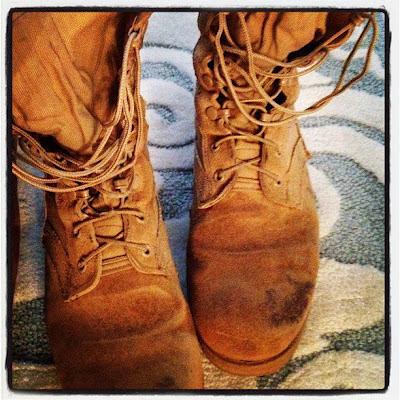 My attempt at fall Festive-ness 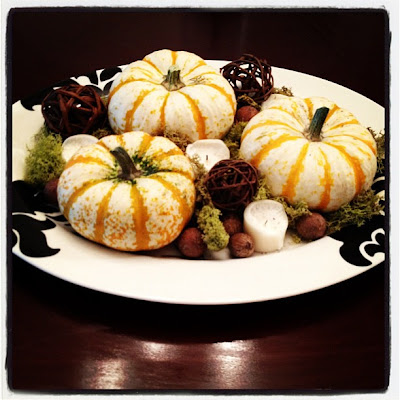 Yay for 3$ pumpkins from wal-mart :D 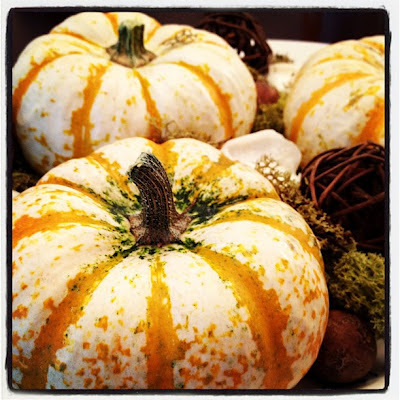 Aren't these little pumpkins beautiful!?
Posted by Mjoy63 at 10:59 AM No comments:

This Monday was our 6 month anniversary mark, kind of exciting- it's half a year already and woa! We're still married! Golly we even HOLD HANDS sometimes- I know, you're all in shock.  Online dating and we're still best friends and excited about our life together. (Sorry, been taking some flack for still holding hands and things from people at church. I made it clear we plan on being close and expressing that closeness through appropriate p.d.a. like hand holding until we are dead! Or handless.)  Anyway, I made Danny breakfast and handed him a book... a marriage book. I had seen on the Dating Diva's website a great idea I thought he'd like being a Signals Analyst and all.  See while we dated he'd send me little codes with silly messages I had to figure out and decipher to get the gooshy message.  I thought it'd be fun to give him a code like that. I circled  words on pages that were in my secret message and then added and subtracted from the actual page number, increasing it by one and alternating each time. Then wrote down all the page numbers. I thought i'd have to be extra sneaky so he wouldn't crack the code so fast- instead I made it ridiculous and he couldn't figure it out at all hahaha  oops :{  Anyway that was fun!

Later we ran some errands and hit a movie.  During the movie Danny got a call, he was told one of the five guys that was stationed here at Fort Gordon after training with him at AIT; was shot and killed in Afghanistan.  My heart goes out to the wife and family of SPC Joshua Nelson.  He had the same job as Danny, just happened to arrive one day later than the other 5 men and be put in a different company- one that deployed to Afghanistan.  Our deepest condolences.  We attended the service today, although I never met him I am grateful for the sacrifice of that dedicated  fallen soldier, your family is in my prayers.

Danny got more specific information about his deployment today after the service.  Which is good because we got a call Wednesday morning that he was shipping out the 30th of THIS MONTH! Well, luckily that was incorrect information. 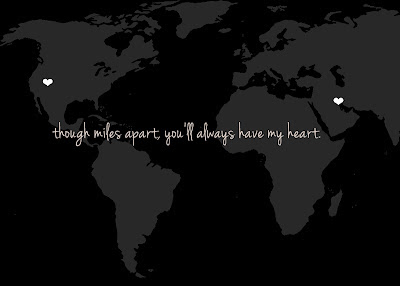 During all the crazy that went on on our anniversary I was in contact with Jaimee trying to put together my gift for Danny.  I tried doing it myself and it didn't work out AT ALL.  Thank you so much Jaimee, for doing the photo on such sort notice and taking the reigns to make it better than I could have thought of.  You're fantastic!!! And the bestest friend ever!

- About a week and a half later another friend of Danny's passed away.  A friend from home in NM that he spent time with as a teenager.  We are so sorry for your loss Applegate family  You have been in our prayers.

A little late but...OH MY GOSH! The CAKE! 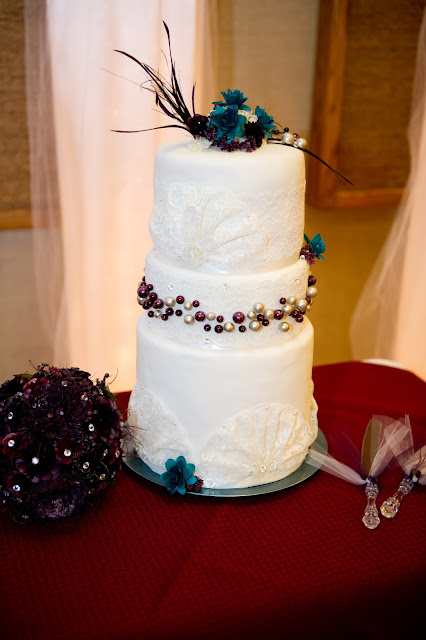 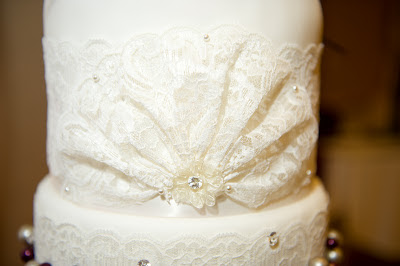 I know this is a little late but...
When I think about things I loved about my wedding day (aside from Danny ;p) my cake is one thing that I just have to say how much I LOVED!!

My friend Diana Karstad did it for me and she did an absolutely fantastic job.  I couldn't have been more pleased or grateful for her work.  I had given her a few photo's of the kind of structure/feel I wanted and she really ran with it. I was so amazed. 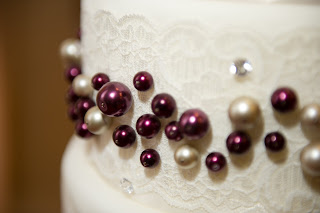 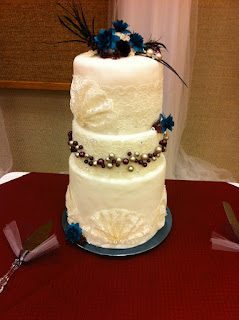 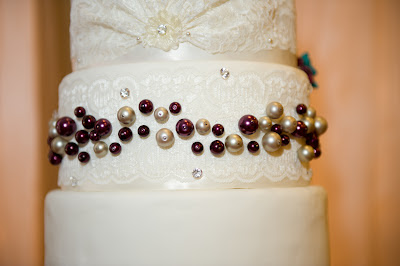 I basically gave Diana the flowers, and feathers i had LEFT OVER after doing the bouquet and corsages as well as whatever pins I had left over and threw in a few matching pearly beats and said "You go girl, do what you can."  I just wanted to post them and say THANKS again for an AMAZING, BEAUTIFUL, ORIGINAL cake that I absolutely loved.  You're so talented!
Posted by Mjoy63 at 10:45 AM No comments: