I cannot believe this baby is another boy! I mean I KNOW what the odds were, but, still for some reason i'm constantly still having to stop my mind from wondering to gold moccasins with bows and cute little frilly outfits and dreamy pinks and gold for a nursery.  We were really hoping for a girl "tried" for a girl and this pregnancy has been so much harder that I kind of thought it may be! I maintained that I didn't KNOW ever, but, sure enough i'm still surprised.

We were able to find a sitter for Rowan for this last appointment and sonogram. A nice family in the ward (one he likes to visit during sacrament) took care of him while we went to the appointments. We were there for almost 3 hours after everything was said and done, we were really grateful he hadn't had to sit through that. It was our midway anatomy scan. At first we weren't sure we were going to get to find out, baby had his legs crossed for the majority of the scan. Once the US tech got down to only a couple more things to check and us still not having seen she asked me to move to my side to see if me changing positions would get the little one to change his own position. Sure enough she got a clear picture of the bottom and I could tell right away that if this baby were a girl… well… there was NO way this baby was a girl. After she zoomed and focus his little man-ness was quite apparent! Another boy!

If you look at the ultrasound photos from my last post you'll see baby's hand up by his mouth. He had his hand up near his mouth again this time so i'm starting to wonder if he'll be a thumb sucker. That would be precious!

Its hard to have all of your family and friends so far away when it comes to revealing the gender of your baby. I had all of these grand ideas that involved secret deliveries and mailing DIY scratch cards … but in the end I realized I wouldn't have patience for any of that and decided a photo would  be best. A photo half of my family didn't get because it didn't load. Oh well.  We announced it with photo's of Rowan "holding" a giant blue smiley lolly pop.  In reality want to know what happened? He woke up super grumpy from his nap. So I took him outside hoping to cheer him up and eventually get the photo's I wanted. He stayed grumpy outside. Jabbering/yelling at the neighbors dog who kept barking at him through the fence. He didn't want ANYTHING to do with holding a giant sucker. Ironic considering he'd swiped a sucker from the candy store in the mall and popped in into his mouth before we'd even noticed. Anyway so my photo's were super staged. Every time I tried to get him to hold it he'd slap it out of my hand or throw it on the ground! So much attitude this one. I love the black and white photo. I wish i'd not cut off his head so much and I did have ones with more of him in the photo but I couldn't resist using that one because of his pouty lip. Life is SO hard when you're only 19 months old and your mom wants you to hold and lick a giant lolly pop! UGH! He's so funny! 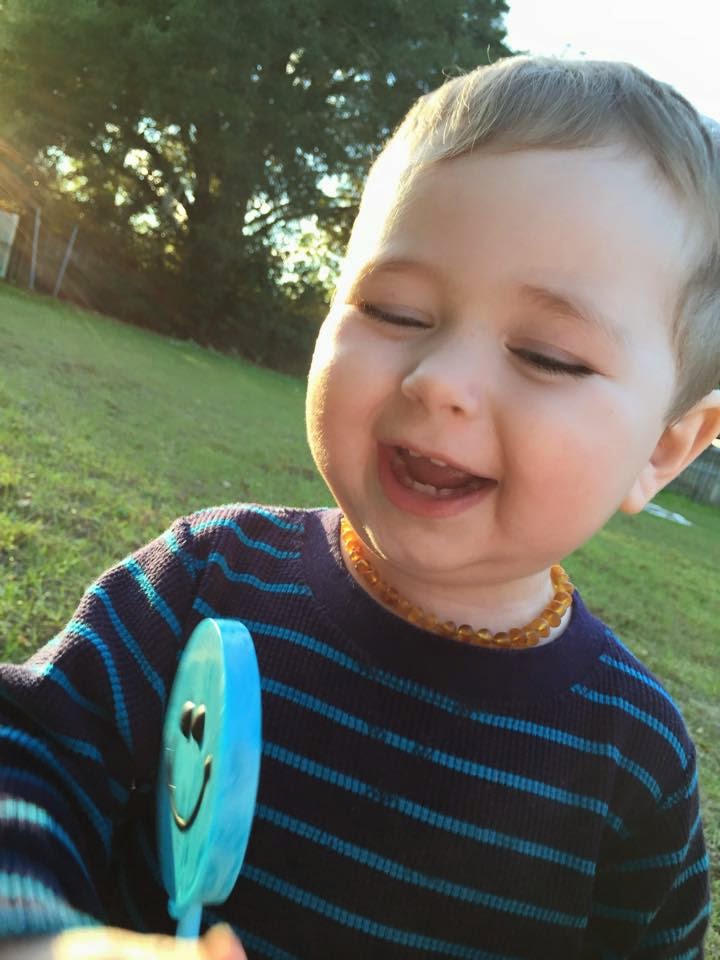 We've had a girl name picked out since we were dating but these boys.. we struggle with naming our boys! At this point we don't have any idea what we will call him. I mean i've had a list that i'm constantly adding names to and removing names from just as quickly but nothing has really stood out. I'm sure something will feel fitting before he's here. Or at least when he arrives.

This pregnancy has been so hard. I think part of it is that I had been pregnant only 3 months before, but we'd lost that pregnancy. So its like i've been pregnant, sick and miserable for almost a year but still have 4 months to go before I get to hold our baby. The zofran seems to be helping less and less. The docs tried increasing my dose and that didn't help so now they're having me take B6 with it and that doesn't change anything either. I knew it wouldn't but said i'd try it. I feel nausea most of the day still and still throw up most days at least once.  I have constant headaches and sinus pressure and pain. My bladder disease is really starting to flare now that the baby has gotten up there in size and it will continue to agitate it. I have round ligament and back pain accompanied by swelling from my bladder that makes it hard to do much. I had these issues with my last pregnancy as well but its all been magnified by my already stretched out muscles. There's nothing they can do for pain and I couldn't find a urogynocologist that would take my insurance. I've had trouble with being extremely out of breath from very early on in the pregnancy if I do anything.  I told my doc and I guess that's  sign of stress on my heart so I'm supposed to see a cardiologist soon. I also have what I think must be pregnancy carpel tunnel.  my hands and wrists go numb if they're not laying flat by my side while sleeping or if I raise them at all during the day, talking on the phone, holding Rowan or whatever. It seems to be worse in my right hand. I told the doc but she just said "that happens to me too." Well… for me it's only been an issue during pregnancy and I don't think you can blame it on a pinched nerve if your hands are numb just resting on your chest while sleeping rather than down at your side…. They're making me test my blood sugar too 5 times a day! Its outrageous and my fingers are aching. I'm pre- diabetic, have been since I was an eighth grader and take metformin. They're treating me as though I were diabetic though. Kind of irritated by that. But I understand how important it is for things to stay level and not to be constantly flooding the developing baby with too much sugar.  You should have seen/heard her reaction when she asked if I tested my blood sugar and did I have a monitor. I said I did have one but was not currently testing.  She clearly thought I was an idiot. But you see… the army just handing it to me. Right before we moved. They have me no direction or instruction on what should be done. I did look up the ranges for normal, pre-diabetic, and diabetic blood sugar levels and tested for a week or so. Just for myself to see what caused spikes and things. She was pretty skeptical of the testing I had done too when I said i'd looked up the number ranges because I couldn't quote the numbers to her.  Funny thing, at the end she just handed me a chart and gave me no instruction on what numbers to look for either.

While we were at our appointment I expressed concerns to the doctor about my nutrition.  I have a hard time eating most of the time because I feel so yucky. And getting in protein is especially hard. The easiest things to get and keep down are quick carbs, which is not at all good for keeping blood sugar stable. Or getting all of the actual nutrients and vitamins and minerals you need. The doctor basically said that because my baby measured fine it was up to me if I wanted to try something else (like a high nutrition protein meal replacement shake that was approved for pregnancy).  This surprised me, but I think from her perspective she just looked at me and thought 'Well, it doesn't look like you're starving." and Said "You're weights been stable and the baby is normal so …" thanks doc. I hope I don't get her again and especially hope she doesn't deliver. I think they have you see whoever is open at this place. She was pretty condescending.

Sigh, lots of pricked fingers and doctors appointments in my future. We are definitely taking a break after I have this baby.